When the BBC broke the law by showing Sheridans’ interrogation footage, they weren’t acting in the public interest so why no Police Investigation? 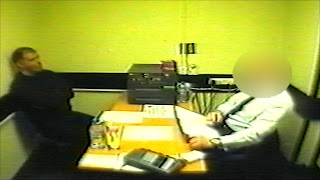 The public interest and the public’s right to know are important.

But did breaking the law serve the public interest when recordings of Tommy and Gail Sheridan being interrogated by police officers were leaked to the BBC?

No.
And add to that a crime was committed by the BBC when they accepted stolen data.

The data was stolen by a person or persons unknown at Lothian and Borders Police.

This is misconduct in public office by those involved.

I saw the documentary on Tommy Sheridan; it was a piece of cheap sensationalism which the BBC ‘cleared the decks’ to show the general public.

It was highly unusual that a BBC schedule was cleared to show the ‘The Rise and Fall of Tommy Sheridan’.

“We believe there was a clear public interest in broadcasting the tapes. As a journalistic organisation we take the protection of our sources seriously.”

In other words, ‘we reserve the right to break the law so fuck you because it comes under journalist licence’.

I wonder if the reporter was arrested and put in prison would he still protect the source?

There wasn't a clear public interest because there was no evidence to justify the public interest claim that Sheridan suffered a miscarriage of justice or even that he was guilty.

Voyeurism was dressed up as public interest, like a big brother segment watching two people squirm under Police interrogation.

Now, questions have been raised at Holyrood over how recordings of Tommy and Gail Sheridan being interrogated by police officers were leaked to the BBC.

Lib Dem justice spokesman Robert Brown has written to the Scottish Government to ask that they seek an explanation from the force’s chief constable, David Strang, about how the recordings were handed over to the broadcaster.

And Robert Brown is calling for a parliamentary inquiry into the conduct of the investigation.

Lothian and Borders Police have also been asked to investigate why Rosary beads were taken from Mrs Sheridan during a police interview after a complaint from a member of the public.

The person who raised the issue with Lothian and Borders said she had no views about the trial, but was concerned about the conduct of the force.
While Mrs Sheridan was being questioned, the officer linked her silence to IRA terrorist interview techniques; comments which the complainer said introduced sectarian behaviour.

In her letter she asks if “the presence of a Rosary in her hands or the fact that she was a Catholic enough to justify any police officer taking the interview in a sectarian direction?”

If the Police cannot be trusted to keep secure data then confidence in the police will suffer.

The Police and the press use each other and it is that relationship which is now in the spotlight and quite rightly so.

Someone who had access to the evidence betrayed the trust and abused their public office.

Did the BBC pay for the tapes; there are a lot of questions but surprisingly little action to investigate on behalf of Lothian and Borders Police.

George Laird
The Campaign for Human Rights at Glasgow University
Posted by G Laird at 5:31 PM