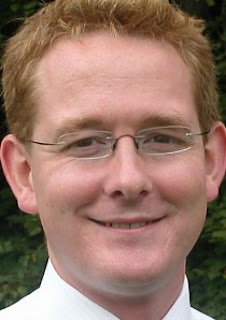 Some people are patently stupid and can’t help themselves; Scottish Tories are a prime example.

The Convention on Human Rights says in Article 3 states:

Article 3 prohibits torture, and "inhuman or degrading treatment or punishment".

There are no exceptions or limitations on this right. This provision usually applies, apart from torture, to cases of severe police violence and poor conditions in detention.

Scottish Tories are unelectable in Scotland because they can’t see past the dogma of ‘tough on crime, tough on the causes of crime’.

Their latest ‘nasty’ suggestion is that offenders carrying out community service must be made to wear high visibility clothing.

This is degrading treatment no matter what way you slice it up and runs contrary to the purpose of community sentencing which is punishment and rehabilitation.

Do the public have a pressing need to see people being degraded wrapped up under the banner of ’Justice being done’?

I would say no, they want people to break the cycle of crime they are caught up in and be part of society.

The use of high-visibility uniform for offenders doing work in the community is the norm in the United States which isn’t known for having a good record on human rights as both Afghanistan and Iraq have shown clearly.

It is another example of Scottish politicians copying others because they are bereft of ideas.

One of the most high profile British people to be branded was pop star Boy George; his stint came to international prominence in 2006.

He was sentenced for wasting police time over a fake burglary allegation.

Sent out into the New York streets with a broom and a distinctive bright orange and yellow vest to be ogled at like an animal, he was put on rubbish detail.

“Law-abiding Scots and the victims of crime have the right to know who has been placed on these schemes, not from a perspective of making anyone a pariah, but because it is their right to know”.

That is to quote Annabel Goldie “bullshit”, the public don’t have the right to know.

“It will also serve as a valuable visible deterrent to others reminding them that if you commit a crime you will be punished.”
Just like hanging stopped murdered?

Lamont isn’t bright or forward looking; he is simply politicking badly because we are in the run up to the Holyrood 2011 Election.

If you are going to open your mouth on the issue of law and order talk sense or else shut up.

Forced onto the back foot after making a fool of himself, he was forced to deny that the Scottish Tories wanted to recreate a chain-gang approach or to humiliate offenders.

His reply to this was that the scrapping of short sentences is absolutely not the way to stop re-offending.

And putting on a high vis vest is?

As I keep saying, it is time to stop the failed ‘tough on crime, tough on the causes of crime’ approach which is going nowhere and move along to 'smart on crime'.

There are many reasons why people end up in trouble and in turn that sometimes turns into a cycle of crime.

We need to break the cycle of crime and turn people back towards society’s values; can anyone honestly say that humiliation is a serious strategy?

If anything Lamont’s proposals will entrench offenders’ views of a ‘them and us’ mentality and make community service meaningless as a tool for rehabilitation.

The Tories cited evidence from the Prince’s Trust that youth crime was now costing the health and police services an estimated £112m a year in Scotland, more than £300,000 a day.

So, why no radical Scottish Tory plans to tackle it?

Because they, like their leader Annabel Goldie have run out of ideas a long time ago!

George Laird
The Campaign for Human Rights at Glasgow University
Posted by G Laird at 3:38 PM