Jo Yeates murder inquiry: a 32-year-old man is arrested by Police, they go back to 44 Canynge Road to carry out extensive search of his flat 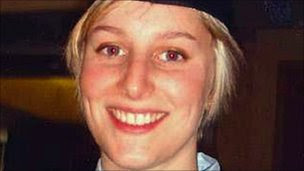 A while ago I wrote a few posts on the Jo Yeates murder.

One in particular focused on Dr Gary Macpherson, also in that post I raised the issue of the movement of the body.

“You could easily theorise that Jo Yeates was killed by someone she knew as 90% of murders are committed by someone who knows their victim and moved to draw attention away from the flat and surrounding area”.

You can read my full post by clicking on the link:

Police are today searching the flat of a Dutch man who lived next door to murdered architect Joanna Yeates.

Vincent Tabak, 32, is registered as living at the address has been arrested by Police who have erected scaffolding around the property.

At present Bristol and Avon police have not named the man, who is being held at an undisclosed location.

And given the PR disasters involving the media this is probably wise.

It wouldn’t be helpful to have another press ‘trial’ as was conducted against Chris Jefferies; he just looked like an oddball with a bad haircut.

Clearly enough in the eyes of the press to justify a spot of hounding!

Specialist search teams moved into the neighbouring flat to where Miss Yeates lived at 44 Canynge Road in Clifton, Bristol and will be there for some considerable time.

Police refused to give any further details as to where or exactly when the suspect was arrested but Detective Chief Inspector Phil Jones, the senior investigating officer, said:

“I would like to thank the public for their continued support for the investigation and the information they have provided to us. I would also like to pay tribute to Jo's family and to Greg who continue to be unfailing in their support to me and my team at what is an incredibly difficult and painful time for them.”

You can take from this what you will but reading between the lines Jones seems hopeful.

“Both Teresa and I are very pleased an arrest has been made and the investigation is moving forward. Police informed us this morning before they made the announcement about the arrest and other than that we do not know much more. We are optimistic about the progress, but we have not been told the name of the person who has been arrested.”

It seems the Police agree with my theory that she was moved to draw attention away from the flat and surrounding area.

However, it is early days and it is down to the Police to find evidence and question the suspect in custody.

George Laird
The Campaign for Human Rights at Glasgow University
Posted by G Laird at 3:53 PM

"more likely to draw attention to yourself".

Only if the dead body is in your flat.