Glasgow is rocked by Asian Rape Gang that targets children for sex and prostitution, exactly when will a Glasgow MSP call for a Police Enquiry? 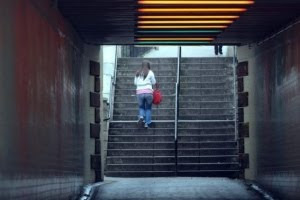 Dear All
The report of an organised Muslim Paedophile Gang operating in Derby is a story which is quite disturbing.
Now, in Rochdale, Greater Manchester another Asian gang with nine members has been arrested.
http://www.dailymail.co.uk/news/article-1346066/Gang-9-Asian-men-arrested-grooming-white-teenage-girls-sex.html
And equally shocking is a report in the Evening Times that an Asian rape gang involving children operates in the heart of the City of Glasgow.
http://www.eveningtimes.co.uk/news/editor-s-picks/these-men-took-my-innocence-as-they-lured-me-into-a-sickening-world-of-abuse-1.1079252
It is said that young girls in Glasgow are being targeted by gangs who force them into sex slavery which they make money on.
One victim feels so strongly that she has told her horrific story to a local newspaper in order to make more people aware of the abuse being carried out in the city today.
Caroline (name changed) lived in Newlands, on the South Side of the city, explained:
“My friends started going out with these two boys, so we all began spending lots of time together. But what we didn’t realise was that they were being used by the gang to lure naive girls into their underage sex ring.”
But she goes on to say by her 15th birthday, her innocent childhood had come to an end by way of rape and sexually abused by dozens of men.
“One minute I was a normal teenage girl, the next, I was being forced to have sex with these old men. I had never even kissed a boy before they completely took my innocence from me.”
Caroline says she remembers every detail of how the gang took hold of her life after her ‘new friends’ introduced her to their older relative, a man called Nasir.
After meeting in 2008, Nasir began taking Caroline out regularly. He plied her with alcohol and showered her with gifts.
Then he in the most brutal way raped her, in front of his fellow gang members, who, while laughing, recorded the attack on their mobile phones.
After that he was selling her for sex, in just a few months she says she had slept with more than 60 men.
Linda Thompson, Development Officer of the Glasgow-based Women’s Support Project, which works with victims of sexual exploitation, explained:
“Grooming can take a variety of forms, such as getting the young person to truly believe that the groomer is their boyfriend, when in reality they have a very different agenda in mind with some form of profit or gain at the end of it. Another method is through buying the young person gifts, giving them free drugs and alcohol, mobile phone and top ups, all of which have to repaid at some stage usually through prostitution. There is not one type of person that these exploiters ‘prey’ on but they are very in tune with what can make a young person vulnerable and more at risk. We have to prevent this exploitation continuing and growing and recognise it for what it is violence against women.”
Ms Thompson added:
“Whilst we must prioritise support for those who have been affected, we also need to work with young people to ensure they can recognise the early signs of grooming, in their own relationships and those of their friends. We have to take a stand and say this is not acceptable in Scottish culture.”
After more than a year of constant abuse, a frightened Caroline finally told her parents what was happening.
Her parents kept her indoors and away from Nasir and the gang but in reality they also should have involved the Police immediately.
The Asian Gang kept harassing the family by hundreds of phone calls, even after Caroline and her parents changed their phone numbers.
This seems to be a case that Strathclyde Police should take up, serious crime has been committed and Nasir the alleged paedophile and rapist, is still at large in the City of Glasgow.
The multicultural experiment has failed because of a number of reasons, one of which is the failure of political parties who attributed special status to ethnic groups.
‘One Scotland, Many Cultures’ didn’t work, the concept was wrong; it should have been One Scotland, One Culture, Many Religions’.
But as much as Nasir is identified as child raping paedophile, it is multicultural, reverse-racist, sickeningly hypocritical Britain political class which should be in the dock along with him.

Was the rape of this little girl worth trying to build Muslim vote caches?

Since this story broken in the Evening Times, I cannot find a single Glasgow MSP who has publicly called for a Police Enquiry.

This is in stark contrast to the case of Precious Mhango whom politicians of all parties were falling over backwards to support this little 10 year old.

In politics you have to do the right thing even if the result may mean losing your seat, the politically expedient thing maybe to keep quiet as not to ‘upset’ the Muslim community.

But staying quiet and leaving people like Nasir on the street is too high a price for the whole community to pay because some politicians won’t tackle the difficult issues.
What does it take for a Glasgow MSP to stand up for Glasgow and it's citizens?
Yours sincerely

George Laird
The Campaign for Human Rights at Glasgow University
Posted by G Laird at 5:30 PM

I am surprised that Glasgow gangs don,t destroy this evil lot.

Maybe this is a case for Glasgow MSPs, who are part of the so called Scottish government? or are they playing the game everyone else is playing... bury head in sand and hope it goes away.

Its the fear of being called RACIST that these politicians & councillors are afraid of and they dont want to get the heckles up of their muslim voters.
Every time a comment is made agaisnt a muslim/asian, all you hear them shout back is RACIST.
I know people who are now racist, they hadnt been before, for the simple reason our politicnas dont have the bottle to stand up to these minorities groups and challange their behaviour head on without fear of being called a racist.
Glasgow has always had a problem with the muslim/asian gand culture and until politiciand get their fingers out their arses, this and many more ugly incidents are going to occur in your not so fine city and its about time people woke up amd smelled the coffee on these type of issues without fear or intimidation from muslim/asian groups.....

The Source has summed it up

Have just come across this article. I'm more than concerned that its the first I've heard of it, and I live in central Scotland...nothing of course, to with our spineless PC so-called Politicians, too terrified to speak out?

Now if this was America, we would have the good (bad) guys advancing on the south-side, sorting those scum-bags out... once and for all!

Scotland is doomed! Big thanks to Scottish Labour, and the unthinking morons, who continue to cast votes with them!

Lastly, if you believe some other stories, from the south of Glasgow, concerning the Roma community, it would appear that they are not averse to selling their own children, for sex! What a cesspit, Glasgow has become!Thanks again, Labour!!

My daughter and her friend both 13 at the time(nov.2011) were asked by the man serving them in local shop if they were virgins,man grabbed one girls wrist but both managed to get out of shop.This happened in east end of Glasgow,the asian guy calls local girls "sluts and "slags".Daughter and friend too frightened to go to police as the man said the police wont believe them,I reported him anonymously but nothing has been done.

I am a muslim... This sick man is not a muslim.My religion does not condemn rape or violence to different races or under age girls.
This story has been published in a newspaper anyone can contact local msp's and try and spread the word...I will be doing so after reading this. Its a disgrace that nothings been done! But remember it's not about being muslim or pakistani every culture has sick people like ''nasir''. Somthing needs to be done.

It is only a matter of time that a gang similar to that in Oxford that was sentenced today is found in Scotland.

We will then see what the police, councils and social workers have been doing since the 1980s to protect vulnerable girls from these gangs. Very little indeed will be the verdict.

send all theae people back hame were they belong, this place is gonae b like london.

It's still happening in Glasgow, especially at the four corners in the city centre, that's a pick up point for these scum to pick up young girls.
I know of 3 young girls involved in this grooming ring. As for the child sex exploitation team and the police, they are extrememly slow in collecting evidence.
One teenage girl was raped and they couldn't find the perpetrators as they are immigrants.
It is rife with these Muslim sex gangs, and nothing is being done to protect children.
When is somebody going to take a stand, or are they going to wait like Rotherham??
People of Glasgow keep your children away from the four corners in Argyle Street.