Labour Councillor of shame Gordon Matheson gets invite to free food and bevvy sessions in a tent, public paying the bill but excluded 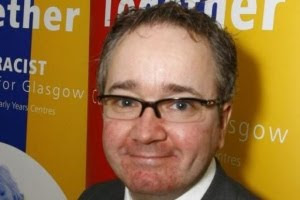 Provided by the taxpayer, only they don’t know and aren’t invited to it either!

This time the trough is provided by Glasgow City Council’s land and environmental services department (LES). They are hosting a corporate hospitality tent at the Glasgow Show where Councillors, MSPs, other guests and their families will be treated to complimentary alcohol and food.

Free beers, wines, cold meats, salads and other buffet foods will probably make up the menu as in previous years.

So, given that Councillors and MSPs cannot generate business, why are they there?

Why does Robert Booth extend free food and drink to them?

As part of the freebie, they have also laid on free tickets to all 79 Councillors to a Motown musical tribute show during the weekend. People like Councillors Ruth Black, Gilbert Davidson and Bob Winter recently in the papers have all received tickets.

Black has questions to answer about a gay and lesbian centre she was running, Davidson is alleged to be a sex pest and Bob Winter hit the headlines about his use of civic cars to take him on holiday.

Senior council officials in Glasgow will spend thousands of pounds on entertaining politicians and business contacts this weekend in the teeth of the biggest financial crisis in its history.

Glasgow City Council is run by Labour, for Labour, to the detriment of the people.

In typical Glasgow Labour Council of shame fashion, the council was unable to provide a cost figure for this year or previous year’s events.

Accountability and transparency don’t seem that high on their radar.

LES is facing a radical shake-up, that’s job losses to you and me, one- quarter of staff will lose or leave their jobs over the next three years.

This will mean less people to do the work and less experienced people drafted in using work placements, apprentices and seasonal workers.

Glasgow Labour Party is dismantling the public sector in Glasgow and farming it out to big business.

And Robert Booth’s brother works in a firm that may bid for contracts.

Martin Doran of the GMB union, which represents the bulk of frontline LES staff, said:

“I’m expecting that all those employees now working four days on and off for this service will be invited along for some champagne and canapes at the weekend with the rest of them. “If not, then the tent should be dismantled because of the situation people are leaving in. In an era of cuts this is just appalling.”

Martin Doran is a funny guy, if someone works in a lowly capacity, they won’t be on the guest list.

The closest they will get to champagne and canapés is carrying out the rubbish to the dustbins, unless serving Labour Councillors in the marquee.

According to the Council, council staff and police and medical staff on duty during the two days will be fed and refreshed in the hospitality area.

Is this benefit in kind declared?

Why are the Police being fed?

Is not against Police regulations to accept gratuities while on duty?

“The Glasgow Show is one of the city’s best-loved events, enjoyed by tens of thousands of people every year. The council provides hospitality to the many performers, police, staff and sponsors without whom the show simply couldn’t be staged.”

'Wendygate' comes to haunt Wendy Alexander and Charles Gordon, what tripe did they say to Electoral Commission to get them off the hook? 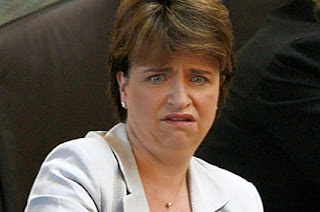 She was laughing described in the press as having ‘a brain the size of a planet’, but the Mekon’s days of Scottish domination last only a year, a year too long in my opinion.

“Instead of a wildcat being landed ashore, we are left with a beached whale."

That is Wendy Alexander, everything she touches turns sour.

Douglas Fraser, formerly of the Glasgow Herald once described her as a ‘medic’ in an article he wrote because she 'worked' in a clinic in Malawi.

She isn’t a medic and holds no medical qualification, so I wrote on the Herald board, a guy fitted a new door to my flat and cut his finger, I gave him a plaster and ointment, does that make me a medic?

At First Minister’s Questions, she routinely was a laughing stock, asking daft questions and talking in a manner that implied she was conversing with retards.

I remember Wendy Alexander from my days at Glasgow University, she was a gobby clown.

Now, her illegal donations scandal which saw the end of her career for First Minster has hit the headlines.

An English High Court judge has ordered a court hearing to decide whether the full facts of “Wendygate” should be put into the public domain.

What this may mean is the tripe offered and accepted by the Electoral Commission staffed by Labour placemen will have to be published in full.

Judge Andrew Bartlett has decided to convene an Information Tribunal which could see Alexander called as a witness.

The reason for this turn of events is the culmination of a hard fought campaign by writer and book editor David Ferguson. He wants to force the Electoral Commission to show its workings under Freedom of Information laws.

As this point, I would mention the Nolan Principles which state that politicians in public office should be transparent.
Nolan is supposed to set the standards for public life.

At the time, it was put about that Labour MSP Charles Gordon (another clown) thought Green owned the firm. The law however states that there must be checks to ensure the donation is permissible. Charles Gordon is the type of Glaswegian who sets back the cause of working class people every time he opens his mouth.
The Electoral Commission has refused to divulge explanations given by Alexander and her team which led to Ferguson appealing to the office of the UK Information Commissioner (ICO).

Although the UK Information Commissioner (ICO) has gone part of the way for Fergusson by raising a number of procedural issues with the Electoral Commission, yet again, we see one quango covering for another against the individual.

This is the nature of corrupt Britain, every obstacle in put in place to deny people their rights.

Reason cited for non disclosure of the information is that any release would breach data protection rules.

That scam doesn’t apply when it is work related and this is known to the Electoral Commission.

The fact Alexander and other members of her campaign team gave voluntarily interviews to the Electoral Commission is irrelevant.

“Individuals who were interviewed during the course of the investigation would have a reasonable expectation that the content of their interviews would not be disclosed.”

These were not personal or private conversations, the Electoral Commission was acting in a quasi judicial role investigating the breach of Electoral law.

Alexander at present remains a prominent backbencher in the Scottish Parliament when she is not in a private gym during the working week.

Charlie Gordon who resigned in disgrace returned to the front-bench job he lost, so much for honour!

The way it works with Labour is this, once caught, they resign to go into hiding to try and kill the story then when the coast is clear go back to doing what they were doing.

Neither Alexander nor Gordon is prepared to comment about the problem raised by Fergusson at present.

He says he is going to request Alexander and her team be called as witnesses.

And he thinks his chances of success at the Tribunal are good, I have reservations, not based on his case but rather the nature of how Britain operates.

“The Electoral Commission has fought tooth and nail for three years to prevent any information at all on the matter from being made available to the public whose interests it supposedly serves.”

Everything possible done to prevent the individual being treated fairly.

Let us hope that Judge Andrew Bartlett is the same calibre as Lord Denning because justice is sadly lacking in Britain. 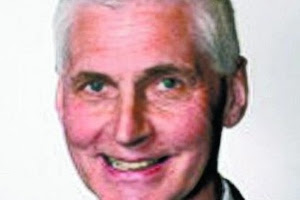 Having grabbed all the jobs and as much money as they could the Labour Party has allegedly made another grab!

This time is it is ass, ‘assgrab’ down at the Labour Council of shame in Glasgow?

Are they too scared and proud to get on the roof at the City Chambers and strip the lead?

It is becoming a familiar story, another week and another Labour Councillor of shame makes the news.

This week Labour councillor Gilbert Davidson steps into the spotlight in ‘assgate’.

The former Lord Provost of Glasgow is to be interviewed by police after claims of indecent assault were levelled against him.

Labour councillor Gilbert Davidson has been accused at the weekend of groping counterpart Ruth Black.

To add to his tale of woe officers will also question Liz Cameron after she said Davidson sent suggestive voice mails and texts messages to her.

It is alleged that Davidson asked to Cameron to share a double room with him on an away trip on Council business.

I wonder if Cameron kept any of the texts as evidence!

Ruth Black, who was effectively sacked by Labour earlier this month over financial irregularities surrounding the council-funded gay and lesbian centre she runs.

Council leader of Shame Gordon ‘free dinners’ Matheson pulled the plug on the centre and the whip was withdrawn from Black.

At the time of the alleged incident in July 2008, the alleged victim (Black) said Davidson came up behind her in the City Chambers and groped her.

So, what did Jim ‘the undertaker’ Coleman do?

Did he keep a record of the alleged incident?

Why was such a serious incident not reported to the Police?

Were any measures put in place to monitor Davidson around women?

Black said that she dealt with the matter herself at the time by threatening violence against Davidson:

The former leader of the Council of shame Steven ‘bin laden’ Purcell, a pal of Black responded to the alleged allegations by refusing Davidson a raise that went with the job of chairing the licensing committee.

At present, Labour Councillor of shame Gilbert Davidson is making no comment as there is a Police investigation into this matter.

He said: “I am making no comment whatso­ever. Thank you for your time.”

Never a dull down at the Glasgow City Chambers were the Labour fiefdom is slowly imploding under the weight of its own sleaze.

Maybe Strathclyde Police should ask for an office there to save them continually driving down and using up petrol.