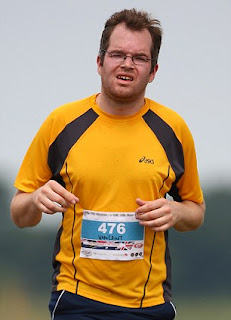 The Police have now charged a 32-year-old Dutch national, Vincent Tabak in connection with the murder of Jo Yeates.

Engineer Vincent Tabak was arrested on Thursday; was remanded in custody at Bristol Magistrates' Court.

For the Avon and Somerset Police this is a wonderful result after all their hard effort.

This case in a relatively short space of time became very high profile and pressurised by the media.

On Friday, the 7th of January 2011, I wrote a post about the case because of comments made by Criminal profiler Dr Gary Macpherson, a consultant forensic clinical psychologist at Carstairs State Hospital.

He was making all sorts of claims in the press which I found odd!

For example he said that the person responsible has shown a level of “forensic awareness” indicating he may have abducted and killed before.

“The police appear to be struggling with forensics and that would suggest whoever may be involved in this had some sort of forensic awareness … they would take special care in covering their own tracks. That would certainly suggest the person may have committed similar crimes in the past. I am aware that, historically, there have been a number of unsolved murders in that area”.

He also touts himself as an expert witness on:

And he was wrong about Tabak being ‘forensic aware’, wrong about him having committed similar crimes in the past and wrong to imply that the killer may have been involved in a number of unsolved murders in the past.

How do we know he wasn’t forensically aware?

Because in Vincent Tabak’s panic, he left behind Jo Yeates' coat, door keys and boots in the flat.

You would think with all that education and work experience he would be better, especially when the case files and information in the public domain point towards something else.

“One has to wonder how she got into a vehicle. It is very hard to pull someone into a car while they are on a street, and dispose of a body and not be seen by someone. This again indicates some sort of forensic awareness.”

This led me to say:

“I would say it was highly likely she didn’t ‘get’ into any vehicle and that she was already dead unless Dr Macpherson thinks she would leave her home and walk about in the street without boots on”.

And again, it doesn’t support or indicate “some sort of forensic awareness”.

Looking at the case on and off, I took a different view as my post of the 7th of January 2011 states.

I thought the key to solving the case lay in the reason why the body of Jo Yeates was moved.

“The question is why was she transported to Longwood Lane after she was killed?If she was killed by person or persons unknown then why take what would be an unacceptable risk and move her?And then leave her in an area where she would be found, then perhaps whoever done it wanted her found.She was moved for a reason, so that is what the Police need to establish as part of their inquiry that reason.You could easily theorise that Jo Yeates was killed by someone she knew as 90% of murders are committed by someone who knows their victim and moved to draw attention away from the flat and surrounding area”.

It seems that George Laird was right again.

I wrote this post thirteen days before the arrest of Vincent Tabak.

Detective Chief Inspector Phil Jones and his team of 70 officers working full time did a good job on this case.

My only complaint is that they should have handled the media better, they should adopt the system current used by the Met Police and use people who are media trained and detached from the case.

Something to think about for the future!

George Laird
The Campaign for Human Rights at Glasgow University
Posted by G Laird at 3:06 PM