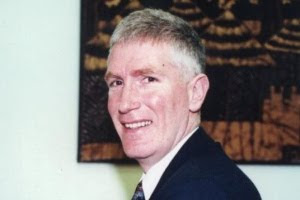 Their latest outrage to hit the public domain is proposals to rein in aggressive therapies and treatments for older people in the final stages of life.

Under the guise of better quality of life!

And during an interview by Phil Hanlon on Newsnight Scotland last night he said that he wanted to start a debate.

Unsurprisingly the issue of the soaring cost of health care surfaced, which is set to rise, as we have an increasingly older population.

So, what would happen if treatment was denied older people in the final stages of life?

They would die!
But more than that, society would be standing back and watching them on the basis they would be economically unsalvageable.

Effectively what Hanlon is talking about is alternative to treatment, which means like cars we stock pile older people in care home of hospice till they are disposed of.

In his interview last night, an all smiling, all happy Hanlon had to defend his stance that the elderly should be prescribed far fewer drugs and given fewer tests and procedures as they enter physical decline.

My friend’s mother is currently in hospital; she is elderly, has heart and lung problems, coupled with Deep vein thrombosis and a clot in her lungs.

Her only hope is a medical solution.

Recently the issue of homopathy has been in the news as the medical profession has raised doubts about claims made about natural remedies to cure serious medical illness and disease.

The medical profession came down on the side of such unfounded claims are dangerous.

This is the key comment for me by Hanlon that he feared that unmitigated expansion of the NHS; combined with an eventual crash in funding, “would be bad for everyone” and that a shift in approach was needed to prevent the health service becoming unsustainable.

This isn’t a health issue; it is a political issue on how money can be delivered into a failing system.

In what I can only describe as backtracking Hanlon then in the Herald:

“I absolutely believe that we should always offer the very best care that we can to all patients irrespective of age or any other circumstance. The question is what constitutes best care. I am not calling for less care just to save money and I certainly did not intend any of my comments to raise a debate about assisted suicide.”

Oh really, then what about:

“unmitigated expansion of the NHS; combined with an eventual crash in funding, “would be bad for everyone.”

Doesn’t look to me of someone who is saying:

““I absolutely believe that we should always offer the very best care that we can to all patients irrespective of age or any other circumstance”.

Looks like someone who opened his mouth too far and is doing damage limitation.

“We know that the health service faces unprecedented financial pressures and there’s a growing demographic issue that will put more and more pressure on the available funding. That said, I don’t think we would be supportive of Mr Hanlon’s suggestions because it smacks of discrimination.”

And Murdo Fraser is a tosser, a step too far even for a Scottish Tory and that is a long road to travel before something becomes unacceptable to them.

“The NHS should provide the best possible care for any individual irrespective of age.”

Hanlon argues that he was pushing for a “more human and humane approach.”

The human thing is to save life.

No wonder human rights abusing Glasgow University is 128th ranked in the world, the debate is how to get funding, not deny people their rights under the guise of care.

George Laird
The Campaign for Human Rights at Glasgow University
Posted by G Laird at 2:58 PM