George Galloway says Holyrood needs political heavyweights, will the public want to see the ‘Gunfight at the O.K. Corral’, new gunslinger rides in 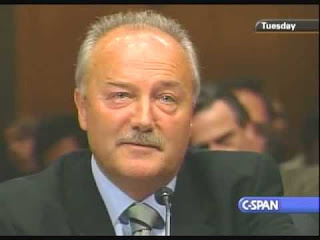 Say what you like but George Galloway is a political heavyweight, when he speaks people stop and cock an ear.

He knows how to play a crowd, a talent that so few of our current bunch of MSPs possess.

When he went before a Senate Committee he ripped them apart on Capitol Hill, the

It was to be the stuff of legend, where Scottish politicians feared to tread; George Galloway walked into the lion’s den, grabbed it by the tail and booted its arse hard.

If you want to read the transcript of how to fight your corner in politics then click on the link.

As well as being a great and scathing orator, he is the type of firebrand politician that Holyrood currently lacks.

George Galloway does not disappoint even if you don’t agree with him.

He took a major hit when he did the disastrous Big Brother cat scene but then who is politically perfect.

The former MP and reality TV star has poured scorn on Holyrood’s politicians and party leaders by branding MSPs ‘stumblebums.

But the truth is he has a point in his assessment of some of them, they are act like clerks, not speaking unless it is pre-arranged by their parties.

The rest of the time, they just sit there like the cannon fodder they are, who knows what they stand for personally.

With George Galloway standing for the Glasgow regional list for the Scottish Parliament in May’s elections, they people of Glasgow know they are getting a proven product.

He does what he says on the tin, speaks out and as everyone knows Holyrood lacks “heavyweight” politicians.

There are a few but a few out of 129 is a disgrace, most don’t represent the people but only represent their party.

If elected Galloway pledges to put his “heart and soul” into representing Glasgow!

At present no manifesto has been to be published, so we don’t know what the specficis are on what he would argue for.
There is a general outline of more powers for Holyrood, fight Westminster cuts with his “bare teeth”, support a referendum on independence.

Standard stuff and expected, he wants to appeal across the political divide.

Galloway says he was not seeking to become an MSP because he needed the wages but because he had “something to offer politically to Glasgow and the Parliament”.

Exactly what I have been saying for some time in Glasgow, the mainstream political parties have steadfastly kept spokespersons down to a very small clique of politicians.

Most list MSPs in Glasgow are unknown by the public and those who stand as candidates are equally anonymous to voters in the areas they stand in.

That is why the Labour Party keeps getting returned because there isn’t brand recognition of the candidate in our parties.

It is pretty much a situation on Poll day of:

4 or 5 years work pissed up against the wall because candidates don’t know how to market themselves properly.

And sadly Galloway is telling the truth but will the voters in Glasgow put an X against his name to add much needed colour?

George Laird
The Campaign for Human Rights at Glasgow University
Posted by G Laird at 3:02 PM