Glasgow Uni Medic says no point in screening for bowel cancer in deprived areas, the debate to deny the poor and vulnerable healthcare continues apace 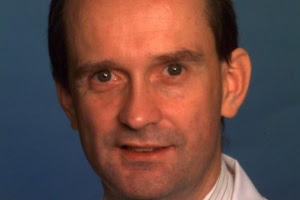 Recently Professor Phil Hanlon of the human rights abusing Glasgow University tried to open up a debate on care for the elderly where he fronted the argument that aggressive therapies and treatments for older people in the final stages of life should be reined in. Under the guise of better quality of life!

In a nutshell you might describe that as ‘warehousing’ the elderly to die.

Now, another Glasgow University product Angus Macdonald has come up with another idea.

Angus Macdonald is a consultant colorectal surgeon at Monklands Hospital in Airdrie.

He says in his experience that many patients with small tumours were more likely to die from other conditions before the cancer claims their life.

So in order to get ‘approval’ and be ‘worthy’ do you have to prove to Glasgow University Medic Angus Macdonald that you’re ‘minted’.

Letting the poor suffer isn’t a new concept at the human rights Glasgow University as they practice discrimination against the poor.

These comments are likely to provoke more controversy after a Professor Phil Hanlon put forward his idea that the NHS should give elderly people less treatment as they approach the end of their lives.

He later issued a letter to cover his arse.

Health officials estimate that the NHS’s bowel cancer screening programme, for people between the ages of 50 and 74, could prevent 150 deaths annually.

It is a debate about what the nature of society should be.

If people like Glasgow University product Angus Macdonald get their way, the poor in society would suffer even more as the rich are put to the front of the treatment queue based on wealth.

One thing we know about medicine is that it isn’t an exact science; it is to some degree educated guess work.

People can defy the odds and keep going, so why should someone like Angus MacDonald deny them every opportunity.

You are a long time dead!

“The issue is if you have somebody who has had very bad comorbidity, do you aggressively investigate them and treat them in the knowledge that they might die from something else? Surely with any screening programme we have to set it against the background of diseases in that particular area. By far the biggest causes of death in the west of Scotland are heart disease and lung disease. If we took a 55-year-old man who might have bowel cancer I would be better doing a coronary angiogram to find out what is wrong because he is more likely to die of heart attack than bowel cancer. When you roll out a screening programme there is a very real possibility that you will identify cancers in the people who would normally have died from something else. We might operate on them and as a result we might actually shorten their lives.”

That boy uses the word ‘might’ quite a lot so he might just as well be talking out his arse as people are individuals and as such have a unique genetic code and conditioning.

“For the elderly time is precious. We’ll have some people coming up to their 50 years of marriage who have put together plans for over five or six years to save up for that once-in-a-lifetime holiday. When you tell them they have cancer they say they’ll cancel the cruise. I say, don’t. Go away and enjoy yourself if you can. It doesn’t matter if you have your operation just now or in two months, it is not going to make any difference at the end of the day.”

Bedside seems a bit rusty; then again perhaps he didn’t have it in the first place.

Angus Macdonald, consultant colorectal surgeon and Glasgow University product when the day comes that the Grim Reaper comes calling for you and posts a note via a Doctor saying:

“Go away and enjoy yourself if you can. It doesn’t matter if you have your operation just now or in two months, it is not going to make any difference at the end of the day.”

You will be asking for a second opinion.

George Laird
The Campaign for Human Rights at Glasgow University
Posted by G Laird at 4:45 PM

People can defy the odds and keep going, so why should someone like Angus MacDonald deny them every opportunity.

You are a long time dead!

I was sort of seeing the Doctors point until I read this by you and it pulled me up short!

You are a long time dead, so true