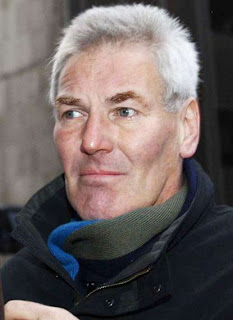 Britain is just as corrupt as Egypt.

Having served only two weeks at Wandsworth high-security prison in South London, he has been transferred to an open prison.

In corrupt Britain, treatment and justice are subject to status.

I have said this many times before and proven correct.

Now he has bben transferred to Category D Spring Hill Prison in Buckinghamshire.

Before a prisoner can be transferred to an open prison they have to undergo extensive assessments prior to relocation, Chaytor was fast tracked.

Chaytor stole thousands of pounds of taxpayers’ money and is hardly paying the price for it.

A source at Wandsworth jail said:

“Chaytor was treated like a celebrity and processed with astonishing speed. I’ve never known anything like it. He has been on the equivalent of an airline’s “Fast Track” system and has effectively been upgraded”.

It seems that the political class across the spectrum protect their own.

“Life at Spring Hill is a walk in the park compared with Wandsworth. It has wonderful grounds and he will be surrounded by inmates at the end of their sentences, many convicted of “white collar” crime, such as fraud. He will be in good company.”

So, what about Category D Spring Hill Prison in Buckinghamshire, the Prison Service website says the jail’s purpose is ‘to prepare prisoners for release by addressing accommodation, employment, vocational training and offending behaviour needs’.

Presumably after they have paid their debt to society, we are still waiting for Chaytor top do so instead of being put up in Club Fed country club.

“The Prison Service has a responsibility to place prisoners in the lowest category possible so this move is entirely justified and timely”.

After only two weeks?

Yet again, the public have been deceived; the punishment didn’t fit the crime, so a precedent has been set.

It seems that all Peers and ex MPs will be given special treatment by the Prison Service provided that the prisoners have been one of the three mainstream political parties in Britain.

Justice is a sick joke in Britain, the two tier justice system operates; those with political connections receive better treatment than those without.

Can’t say I am surprised.

The only difference between Egypt and Britain is that the people in Britain aren’t rioting on the streets yet to the same degree.

George Laird
The Campaign for Human Rights at Glasgow University
Posted by G Laird at 3:08 PM