Tommy Sheridan nominated for "Scot of the Year", if he wins it devalues the work and real achievement of others more deserving. 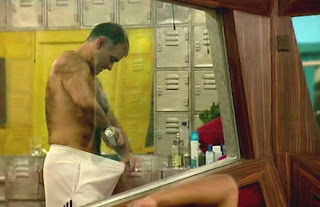 6 days before convicted perjurer Tommy Sheridan goes before Lord Bracadale and is sentenced.

Prison seems a likely outcome unless Lord Bracadale has a change of heart.

Having said that, Tommy Sheridan has also been named on a shortlist for this year’s Scot of the Year.

That is no joke, "for showing his fighting spirit".

Others nominated as Susan Boyle, Ewan McGregor, Andy Robinson and Colin Montgomerie but they weren’t up in Court.

The winner of the contest, run by the London-based charity ScotsCare, will be announced ahead of Burns Night on January 25.

Burn’s supper before the last supper!

From an original line up of 12, Tommy Sheridan has made it into the top five.

ScotsCare help Scottish people in the London area with issues such as employment.

The group also assist elderly people and the homeless.

They do good work by holding regular lunches and events to build a ‘Scottish community’ in one of the world’s largest cities.

Last year’s winner of the Scot of the Year contest was actor Gerard Butler, while previous winners include Gordon Brown and Sir Chris Hoy.

I was going to vote Tommy Sheridan for ‘Scot of the Year’ but at the last minute decided not to.

There are better candidates who had a better claim to the title, such as Colin Montgomerie for his inspirational leadership of the winning Ryder Cup team.

And awards should be about recognising achievement which helps others.

However, if anyone is interested in sticking two fingers up to the establishment then go here and vote Sheridan.

You know there are people convinced that Tommy Sheridan is innocent. I know he is innocent of the Reichstag Fire in January 1933, as a fact, but he didn’t convince me was the victim of a conspiracy and as such unfairly convicted.

Who gives a shit about this meaningless racist award????
GET A LIFE!!!!