Tommy Sheridan juror could face jail as she declares on Facebook, Sheridan is innocent, other jurors “scum bags”, anyone can sit on a jury folks 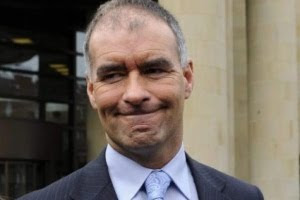 A female juror in the Tommy Sheridan perjury trial has popped onto Facebook, the social network site and said that ‘Tommy Sheridan is innocent’.

I have sat on a jury myself and when the letter dropped through my letter box telling me I was getting selected my heart sank.

My first thought was why me?

With a heavy heart I set off to the Glasgow Sheriff Court.

The first trial which was a child molestation case collapsed.

Despite no real evidence being presented a female juror declared:

The reason for her analytical opinion was he was scruffy, unshaven and wore thick glasses and he looked like a jakie.

See now why my heart sank?

A jury of your peers can include any oddball and sometimes does, plus the unwilling.

After the trial collapsed I thought I was offski, no such luck, I was put back into the jury pool.

And got selected again!

This time is was an assault case, two charges, a person hitting another in the face with a knife or similar object.

As I sat there I thought I try and make the best of a bad situation, and see what the case was so started taking notes to see who was telling the truth.

The defence lawyer treated the case like it was a joke and he was giving a show; the Fiscal could best be described as acting like a complete asshole.

While sitting there listening to her rabbit on the most appalling shit I was wondering when she was going to ask relevant questions, she didn’t, completely out of her depth, I was wondering if she had read the brief.

The the case was over the jury retired to consider its verdict, everyone thought he was guilty, then the foreman popped up and said we had to consider the ‘not proven’ verdict which I then said lets go through the case using my notes which I had taken, to see if anyone would consider the charges not proven.

When it came to the vote, regardless of the evidence some of the jury didn’t want to put someone in prison, I explained we don’t do that, the Judge decides on the sentence.

After 2 hours we found the defendant guilty, when I was leaving another juror said to me:

“We were all right, it was just I was willing to stand up for it”!

I kept the jury for 2 hours, on the way out of the Court; the thug’s pals made comments in our direction outside the court along the lines of us jailing an innocent man.

In the Sheridan Case, a juror is facing a possible jail term after using Facebook to post claims that the socialist politician was innocent and that fellow members of the jury were “scum bags” for convicting him.

This could be a breach the Contempt of Court Act by posting details of the jury’s deliberations, a crime which, if found guilty, can lead to a jail term.

Is this worth pursuing in the public interest?

Using bad English she has described her fellow jurors in unflattering terms such as “dirty low life bastards.”

Just because they found Sheridan guilty!

And in a post trial scripted message said she hoped they “choke in their fucking sleep, scum bags they are”.

Given the volume and type of evidence what else could they do?

Sure Sheridan had some good days but there were more bad days that outweighed the good.

And he shot himself in the foot by deciding to represent himself.

Under Section 8 of the Contempt of Court Act 1981, it is an offence to “disclose or solicit any particulars of statements made, opinions expressed, arguments advanced or votes cast by members of a jury in the course of their deliberations in any legal proceedings”.

But given that this properly wasn’t explained to the jury and there is no testing if a person is suitable to sit on a jury, I don’t think Lord Bracadale will be too bothered.

When the Contempt of Court Act 1981 was written, it didn’t take into account the advances in technology such as the internet.
Although this is a story in the public domain, it is however a 'storm in a teacup', Lord Bracadale will not let that affect his sentencing of Tommy Sherdian on the 26th January at the High Court.

Former Tory MP Jeffery Archer was found guilty of perjury and he got 4 years, Tommy Sheridan must be looking at something in that region when he attends Court.

Despite this, I would like Lord Bracadale to consider suspended sentence, fine and community service.

George Laird
The Campaign for Human Rights at Glasgow University
Posted by G Laird at 3:38 PM

who's g. laird? some mad tory?