Labour takes eight-point lead ahead of Oldham by-election but their win is a pyrrhic victory, Tories didn’t fight, boxing match with a fighter tied up 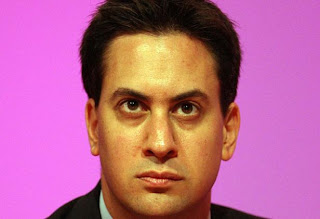 And now for further bad news!

The Labour Party is on course for an election victory in the Oldham East and Saddleworth by-election.

Although the Tories aren’t the main challengers to Labour, a latest poll shows Labour has an eight-point lead over the Tories.

That lead is the biggest since the General Election but to be expected.

Nick Clegg, the Liberal Democrat leader is busy trying to stop a total collapse of the Lib Dem vote by making a third visit to the seat.

The Lib Dem Candidate who lost to Phil Woolas by only a 103 votes is expected to lose by a considerably lot more.

Not his fault but Nick Clegg, who buried his party politically for a very cheap price.

The vote tomorrow elects a new MP but wider than that it is a marker for the Lib Dems.

A really bad result threats the leadership of Clegg from within and the coalition as an entity.

Labour still lags behind on the key issue of the economy because Alan Johnson doesn’t have a narrative other than smiling and being fed lines.

Alan Johnson is totally out of his depth and the longer it takes to replace him the worse it will be for Labour.

At present Johnson has gone the route of glib remarks and attempts to be funny.

Detail needs to be spelled out.

Labour say they are taking nothing for granted as Red Ed Miliband was stressing to colleagues how the party must be “fighting for every vote”.

Even in a runaway victory for Miliband, this isn’t a real contest because the Tories have soft peddled and haven’t made a fight of it.

The reason is Operation ‘Save a Quisling’ to prop up lame and damaged Nick Clegg.

Clegg is claiming his party had already delivered on key issues in government and is fighting for families trying to make ends meet.

But people remember that he was untruthful over student tuition fees; he said one thing during the election but behind the scenes was planning for something else.

It was a monstrous betrayal of principle, a breaking of the covenant between politician and voter.

That is why on Thursday, the Lib Dems are going to lose, Elwyn Watkins isn’t going to Westminster as an MP because of Nick Clegg.

George Laird
The Campaign for Human Rights at Glasgow University
Posted by G Laird at 1:30 PM