Criminal profiler Dr Gary Macpherson says killer of Joanna Yeates may have struck before citing of lack of forensic evidence, educated, but a guess 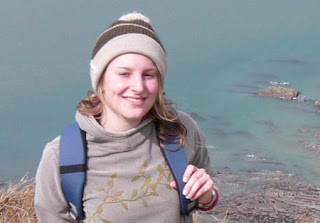 The Jo Yeates murder at Xmas has turned into quite a high profile case in a very short space of time, picked up by the media almost immediately; it has been propelled into every newspaper and television station.

A leading criminal profiler has claimed the killer of Bristol woman Joanna Yeates probably committed similar crimes in the past.

He bases his theory on the lack of evidence left by the culprit.

Criminal profiling is a useful tool used by the Police but it can go spectacularly wrong such as in the case of Richard Jewell.

He was extensively investigated (and attacked in the media) following the Centennial Olympic Park bombing in Atlanta.

Trial by media doesn’t work and they got it wrong.

The true culprit was Eric Robert Rudolph with Jewell as a false positive, valuable time was lost in the hunt for the real perp.

Dr Gary Macpherson is a consultant forensic clinical psychologist at Carstairs State Hospital, he says the person responsible for the Jo Yeates murder has shown a level of “forensic awareness” indicating he may have abducted and killed before.

Or it could be just hot air on Macpherson’s part.

The media speculation at present is that the Police are looking for a lone killer but are they?

It could be more than one which would put Dr Gary Macpherson assessment right out the window.

The facts are this young woman was killed, strangled, and the body was dumped miles from her home, she is missing a sock and her coat and keys were found at her home.

The detective investigating the murder of Ms Yeates suggests she may have been killed at home; this seems a reasonable conclusion given the evidence of her coat and keys.

“The police appear to be struggling with forensics and that would suggest whoever may be involved in this had some sort of forensic awareness … they would take special care in covering their own tracks. That would certainly suggest the person may have committed similar crimes in the past. I am aware that, historically, there have been a number of unsolved murders in that area”.

“One has to wonder how she got into a vehicle. It is very hard to pull someone into a car while they are on a street, and dispose of a body and not be seen by someone. This again indicates some sort of forensic awareness.”

I would say it was highly likely she didn’t ‘get’ into any vehicle and that she was already dead unless Dr Macpherson thinks she would leave her home and walk about in the street without boots on.

Dr Macpherson also believes two people, perhaps a couple, were involved in the murder of Ms Yeates, not sure about the couple aspect but certainly I would think that there could be more than one because of the issue of transporting the body.

The question is why was she transported to Longwood Lane after she was killed?

If she was killed by person or persons unknown then why take what would be an unacceptable risk and move her?

And then leave her in an area where she would be found, then perhaps whoever done it wanted her found.

She was moved for a reason, so that is what the Police need to establish as part of their inquiry that reason.

You could easily theorise that Jo Yeates was killed by someone she knew as 90% of murders are committed by someone who knows their victim and moved to draw attention away from the flat and surrounding area.

The Police have to be meticulous in their investigation and shouldn’t rule anything in or out and just keep going till they get a breakthrough.

George Laird
The Campaign for Human Rights at Glasgow University
Posted by G Laird at 4:24 PM

I take it from your blog layout [green and white stripes] you are a friend of timothy?

"I take it from your blog layout [green and white stripes] you are a friend of timothy?"

This is the default setting.

And of course research.

Fart in a bubble said...

Your description of the accounts submitted by Gary Mcpherson have struck a nerve with me personally as I have also been subjected to a highly inaccurate report that was prepared by this individual.
This will be getting challenged in court within the next 48 hours.