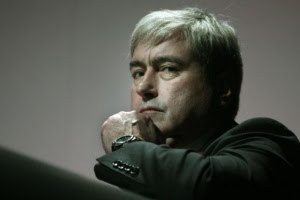 Bad news of Labour MSPs Iain Gray and Richard Baker, offenders sentenced to community service are to find themselves serving on work squads within hours of standing in the dock.

Rather than tucking people up in a cosy prison cell, a pilot scheme at Glasgow Sheriff Court will have low level offenders paying back society for their mistakes.

To that end a “one-stop shop” will be set up for community service and social work staff to have these people transferred from the Court to assessment, then directly to their first community payback work-squad placement.

The idea is to make justice swift and immediate rather than what is has previously been where people have been sitting about waiting to get started doing community service.

And more bad news for the ‘East Coast Weasel’ Iain Gray and his sidekick Richard Baker, Glasgow’s Labour Council of shame are backing the idea.

“We are very pleased to be involved in the fast-track pilot as it will allow us to test the viability of such a scheme and see for ourselves the impact it will have on offenders and the wider community.”

Where does the Labour Party go now when even a staunch die hard Labour Council like Glasgow breaks the Labour ranks?

It is a personal humiliation for Gray and Baker after all their rhetoric of a “criminal charter” for offenders.

Yet again Labour MSPs are on the wrong side of the debate on how to break the cycle of crime of repeat offenders.

This measure is just a pilot, however it is a useful start in reforming community service.

The Scottish Government has committed £200,000 of funding to Glasgow Community Justice Authority for the pilot, which will run for a year at which point it will then be evaluated.

With a Holyrood Election fast approaching, a key Labour plank has been weakened, this leaves the Labour Party with nothing to do but fold up its tents and move on.

The number of crimes recorded in Scotland has fallen to a 32-year low.

And that didn’t happen under the Labour Party.