Fake lawyer in US handled more than 50 cases after picking up tips watching TV show Boston Legal, can you tell a good story and ask awkward questions? 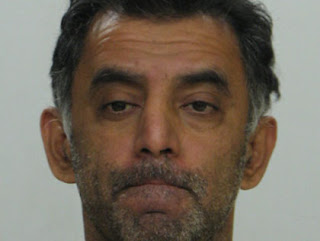 In a Court whoever tells the best story has a fair chance of winning.

I found a funny story of a guy who watched lots of TV legal dramas and then went on to impersonate a lawyer in over 50 court cases.

Tahir Malik has no legal training but instead of going to Law School, he picked up the tips from shows like The Good Wife and Boston Legal.

Then armed to the teeth with his knowledge of the criminal court system, he just went and had a go.

And got away with it for the last five years!

Mind you, it is easy to understand how he got away with it; I popped into the Glasgow Sheriff Court to watch a civil case.

The female Judge was excellent to listen to; one lawyer wanted a case dismissed on the basis that the lawyer who was supposed to handle it didn’t turn up.

I nearly burst out laughing myself when he said that, most entertaining.

She looked the guy up and down before telling him that cases don’t get dismissed on that basis and perhaps he should read up a bit on the subject of grounds for dismissal.

Another older lawyer spun her long line on why his case should be dismissed; can’t remember the details but the answer was no as well.

Unfortunately, his clients didn’t know his only qualification was from the Law School of the University of Life, no accredited.

His clients were duped that he was not a trained lawyer and said he would strut around the courtroom like he was a 'hotshot lawyer'.

Amazing what having more front than Brighton Pier can achieve.

“No one suspected anything for years because he did everything right except obtain a law degree. The audacity of this, the breadth of it, is amazing. Here's a guy that spent time in the penitentiary and is now walking into a courtroom, into the lion's den, and passing himself as a lawyer. He must have been a good actor.”

Maybe Tommy Sheridan should have hired him!

As to his clients, they maybe eligible for a Mistrial given their right to representation were interfered with.

I wonder how many of the 50 cases he won!
My favourite legal series was The Paper Chase starring John Houseman:
"You teach yourselves the law. I train your minds".
I wonder if Malik will represent himself or farm the case out to the public defender?
Yours sincerely

George Laird
The Campaign for Human Rights at Glasgow University
Posted by G Laird at 6:16 PM