The Ryan Giggs super injunction case rumbles on but it is more than Saving Ryan’s Privates, it is about freedom of speech and so much more 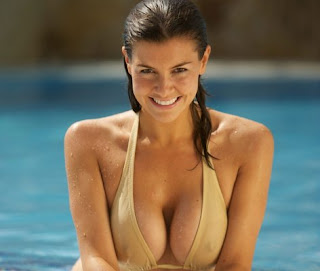 The Ryan Giggs case rumbles on in the press.

After he was outed ion Twitter by about 75,000 people, plus The Sunday Herald and in the House of Commons, he still hasn’t dropped his super injunction.

This story is more than just a ‘cock of destiny’ issue; it is all about freedom of speech and the rich gagging people.

But aside from the curiosity value, we should remember that Giggs has a wife and kids.

And he should be thinking about them, they are the important elements in this story.

He should be sorting out his own problems not adding to them.

If he is smart he will drop the super injunction and try and save his marriage.

Gagging the truth doesn’t look good, it didn’t work for Sheridan when he was outed and decided to sue the News of the World.

Instead of this being chip paper wrapper, Giggs made this a topic beyond mere ‘slamming in the lamb’.

The High Court in London is still going on the gagging order barring his identification as the footballer alleged to have had an affair with Big Brother star Imogen Thomas in England.

Elsewhere on the island, people can shout Ryan Giggs all over the place.

Mr Justice Tugendhat, sitting in London, rejected an application to lift the order.

Mr Justice Eady had also refused to lift the ban.

The ban is meaningless now.

The farce came as the Tory-LibDem Coalition admitted that the current system of injunctions was not working.

Now, there are plans by the Government for an urgent review with the results to be published in the autumn.

Yet again in British public life a penis makes the headlines.

One can only imagine at fun at a match as opposition fans chant.

PNS over and over again at Giggs!

With Giggs making a disastrous decision last week to sue the micro-blogging site Twitter, he will find that case won’t fly; First Amendment applies in the US, the right to free speech.

In sunny Scotland where the super injunction doesn’t apply, the Giggs case has also sparked a separate row over the primacy of Scots law. There is a bizarre suggestion that Mr Dominic Grieve, the Attorney General might start proceedings against the Sunday Herald for outing Giggs in their paper despite the fact that the injunction did not apply in Scotland.

First Minister Alex Salmond was among the politicians across the political spectrum on Scotland who said that the independence of Scots law should remain paramount.

“I would find it extraordinary, almost unbelievable, if the Attorney General were to be so foolish as to tread where angels fear to tread.”

As the story develops, we will have to wait for the movie, Saving Ryan’s Privates.

His wife gets first dibs on cutting them off.

George Laird
The Campaign for Human Rights at Glasgow University
Posted by G Laird at 3:25 PM

I had to copy and paste the text in order to be able to read it. change the background/text colour