Ex-Tory peer Lord Taylor of Warwick jailed for expenses fraud, working peers should be salaried so the problem of money can be resolved properly 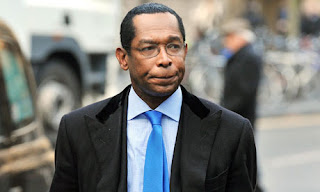 Former Conservative peer Lord Taylor of Warwick has been jailed for 12 months for falsely claiming £11,277 in parliamentary expenses.

The 58-year-old said in his ‘defence’ he had made the false claims "in lieu of a salary", and had been acting on colleagues' advice.

Unfortunately, this unusual approach to a defence fell on deaf ears, you can use ‘I’m guilty but I’m innocent.’

So, he got jailed pretty sharpish.

His life in public office is now completely ruined.

He listed his main residence as a home in Oxford, which was owned by his nephew, while he actually lived in a flat in Ealing, west London.

His nephew wasn’t aware of this practice.

Lord Taylor pleaded not guilty to the charges saying had been told by senior peers it was normal practice to make false expenses claims.

Perhaps Lord Taylor will now furnish the names of the senior peers that told him this.

His legal team also unsuccessfully argued that he should not face prison because, as a peer, his crimes were less serious than those of MPs found guilty over their expenses.

His barrister said he had committed "a single monumental error of judgment" and a custodial term would "destroy him", adding that: "Every fibre of Taylor is motivated by public service."

Mr Justice Saunders acknowledged that the Lords expenses scheme "lacked clarity" and was treated by some peers as an allowance which they were entitled to claim in full.

This shows that in my opinion that working peers should be put on a salaried position rather like MPs to clean up this problem.

"The expenses scheme in the House of Lords was based on trust. Peers certified that their claims were accurate. They were not required to provide proof. It was considered that people who achieved a peerage could be relied on to be honest. Making false claims involved a breach of a high degree of trust."

"Lord Taylor has now told the probation officer that he fully accepts that he is guilty of the offences and has expressed regret and remorse for what he has done. While it is to his credit that Lord Taylor admits his guilt, it does mean that he accepts that he wasn't telling the truth on oath in the witness box."

Following the sentencing, it was revealed that about 15 of Taylor's fellow peers refused to give evidence to support his defence.

You can take from that what you will but the 15 should be also investigated.

During his trial, Lord Taylor said he had relied on the advice of Lord Colwyn, the long-standing hereditary peer and deputy speaker of the Lords, when submitting his expenses claims.

Something Lord Colwyn has denied.

No way to leave public life.

George Laird
The Campaign for Human Rights at Glasgow University
Posted by G Laird at 2:43 PM

These Peers always refer to each other as 'noble', yet they cannot even be trusted to claim what is an actual and receipted expense.

'Noble' my ar-- ! How many of us common serfs could get away with fiddling our expenses, simply because we didn't think we were paid enough ? The man is a barrister for goodness sake, why didn't he just come clean.

OK, so he claimed under oath that a fellow hereditary Peer taught him the ropes, and allegedly told him he would be mad not to milk the system. Lord Taylor's defence counsel claimed this mentoring Peer is now suffering selective amnesia. What rot ! We all know that the majority of these ermine clad piggies have their snouts deep in the trough. Lord Taylor is just the one who got caught.

Doubtless, Lord Taylor's mentoring Peer will now have to draw up new rules regarding how to cheat the system.