Lord Hanningfield 'claimed for hotel while on plane', he better have a picture with a plane with hotel room attached on it, expenses scandal again 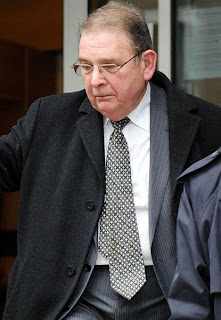 Fall out from the Westminster expenses scandal continues, far from drawing a line, the problem of expenses for MPS and Lords continues.

The Labour Party so far has made much of the running to prison cells but a Conservative peer accused of fiddling his parliamentary expenses is fast catching them up.

He claimed for accommodation when he had in fact been on a plane to India.

I would subpoena the plane to check if it has a hotel room attached, just kidding.

However, I could probably get by with a photo.

Lord Hanningfield, 70, is appearing before Chelmsford Crown Court accused of six charges of false accounting between March 2006 and May 2009.

And it looks bad for him.

So far everyone who has gone before the beak has got jailed.

Prosecutor Clare Montgomery QC has accused him of claiming for hotels in London when he had returned to his Essex home.

Lord Hanningfield is appearing under his name Paul White, and he denies the charges.

That could be a bit tricky if he is claiming while flying.

"We will call evidence to establish that each one of Lord Hanningfield's claims for night subsistence was false.

"He never stayed overnight in London at any stage during the period in the charges. On the vast majority of nights he went home to Hanningfield. On the few occasions he did not, he was not in London. He was variously on an airplane bound for India or at hotels outside London all paid for by someone else, mainly Essex County Council."

She makes the point that on some occasions, the accused would make false claims for travelling expenses to mask dishonest claims for overnight subsistence.

"You will need to consider whether the false travel claims were deliberately designed by Lord Hanningfield to hide the fact that he returned home to Hanningfield every night, normally by car”.

She also said that in March 2006, White made claims for travel every Friday of the month, when the Lords rarely is sitting on a Friday.

The former leader of Essex County Council was charged in February last year and suspended from the Parliamentary Conservative Party.

He said at the time that the accommodation claims had been made in good faith, given this is subjective opinion, I would be careful of using the good faith defence, so far it is batting 100/100 for failure.

His trial is expected to last between five and eight days.

And given the pickle, possible prison sentence is in the offing unless a miracle happens or a kindly judge.

George Laird
The Campaign for Human Rights at Glasgow University
Posted by G Laird at 5:26 PM