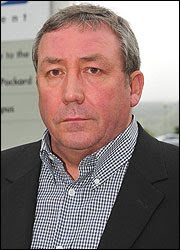 When you say the words ‘expenses’ and ‘Westminster’ it is very hard to generate any sympathy for MPs because of what has transpired.

The new Commons expenses system is "cumbersome and vindictive", this is the verdict of Labour MP Jim Sheridan.

He claims politicians will be left out of pocket and may have to "sack staff" because of new measures brought in by the Independent Parliamentary Standards Authority (Ipsa).

Poor politicians he says will be discriminated against because they will have to pay money upfront and claim it back which could take three to four weeks.

It seems a fair point.

Expenses in my opinion should be split, MPs’ personal expenses and office costs should be handled as separate issues.

The Independent Parliamentary Standards Authority (Ipsa) is a knee jerk Labour creation which begs the question why he didn’t speak out effectively before?

It is run by Sir Ian Kennedy, described by Alistair Campbell as (Labour) ‘party people’.

MPs should be issued with two Government credit cards which all expenses incurred during the course of their tenure are put through.

One for the running of their office and another for personal expenses, on top of that any staff should be directly paid by the House of Commons.

It seems that the new fairytale of the Independent Parliamentary Standards Authority (Ipsa) needs to put back on the drawing board.

Yet again, another Labour creation which is a complete mess, they clowns can’t get anything right.

I don’t think Sheridan will move the public by his tale of woe.

George Laird
The Campaign for Human Rights at Glasgow University
Posted by G Laird at 2:46 PM