The Labour Party has milked the quango system for far too long, now it has blown up in their face, the shadow government shows how rotten it is at SPT 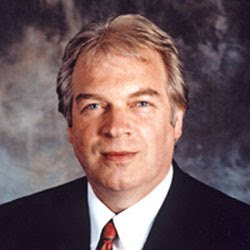 Lend me your train tickets!

One of the themes I highlight in this blog is that it is a corrupt country.

We all know it but I like to remind everyone to focus their minds back on it.

NGO’s are a shadow tier of unelected government which the Labour Party in Scotland has turned into its fifth column.

Pick an NGO and you will generally find Labour placemen and women turning a coin or two.

Two senior officials with a public transport quango have been paid almost £30,000 in travel claims for using their own cars.

Take the train, take the bus, and take the subway?

No, Labour don’t like to travel ‘cattle club car’, that’s okay for us plebs.

Recently Glasgow Labour Councillor and Rangers supporter, Alistair Watson resigned earlier this week on health grounds after details of his other expenses were revealed.

I expect Jesus to fly in on a cloud and cure him, the ‘Miracle of Glasgow City Chambers’.

As well as Watson’s claims, South Lanarkshire Labour councillor David McLachlan, has come under scrutiny after claiming £17,544, he has motored the equivalent of travelling one and a half times round the world in a three year period.

It really is a jolly being on the SPT has they spent £50k on foreign trips to find out facts, no computers down the SPT?

His is what I mean as a Labour placeman in 1999 he stood as a prospective parliamentary candidate for the first Scottish Parliament on behalf of the Scottish Labour Party.

At present he is sick; I wonder if it is travel sickness?

Now that Alistair Watson has resigned, his position appears very shaky if not untenable.

Glasgow SNP councillor Graeme Hendry has already called for an investigation by Audit Scotland but the inquiry should be widened to ask a fundamental question.

Just how many Labour placemen and women operate in NGOs in Scotland?

I have previously called on the SNP Scottish Government to address this very issue as this fifth column is harming Scotland’s interests.

If the SNP want independence they need to deal with this serious issue now.

George Laird
The Campaign for Human Rights at Glasgow University
Posted by G Laird at 5:53 PM

This kind of information is very limited on internet. Nice to find the post related to my searching criteria. Your updated and informative post will be appreciated by blog loving people.