Labour MSP Iain Gray spits the dummy over SNP 'munchiesgate', no one is paying to lunch with him! 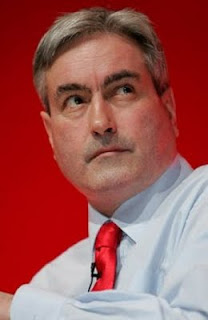 I am “aghast”, my aghastness is how someone who was given a High Commissioner’s job without an interview should be aghast about anything.

His aghast is that Alex Salmond used his position to auction off lunches at Holyrood for party funds.

What about McConnell and Labour Party red rose dinners with known gangsters?

This isn’t cash for access or cash for favours but an auction as part of a fundraiser for an election candidate.

If the intended venue wasn’t Holyrood, this wouldn’t even be a story.

In true Labour fake outrage, a source close to McConnell says that use of Holyrood facilities in this way was wrong.

I don’t think I would have picked Holyrood myself but that is based on giving people a better class of restaurant as a prize.

Any place where you can get a pie on the menu would be off my list.

Labour MSP Iain Gray, the ‘walking dead’ said that the SNP leaders have to name the donors who paid for the lunches and give them their money back.

As for giving them their money back, they paid for lunch with Alex Salmond and that should be honoured.

In trying to create trouble because he has nothing else to do, Iain Gray said;

“These allegations of cash for access have tainted the integrity of the office of First Minister”.

Actually, no they haven’t because the prize was lunch with Alex Salmond as SNP Leader.

“Is it right that the First Minister and his deputy auction off their time for party funds to the highest bidder in return for private meetings?

Firstly, yes they can and it is legal because it’s their personal time and secondly its lunch, not a meeting, small points obviously worth mentioning.

An SNP spokesperson said of the Labour Party activities;

“Labour’s hypocrisy knows no bounds. Their own website advertises paid-for breakfasts, lunches and dinners with access to the Prime Minister and Chancellor of the Exchequer”.

As usual Iain Gray charges in, shouts the odds and looks like a fool.

I suspect he is annoyed because this incident flags up that people don’t want to have lunch with him and certainly not for cash!

He is the kind of guy who puts himself up for auction and has to pay someone to be the winner.

George Laird
The Campaign for Human Rights at Glasgow University
Posted by G Laird at 3:41 PM

This kind of information is very limited on internet. Nice to find the post related to my searching criteria. Your updated and informative post will be appreciated by blog loving people.