Binyam Mohamad, torture victim is another part of the Tony Blair legacy we should never forget, 7 years imprisonment, tortured and innocent 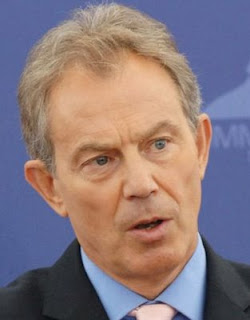 One of the reasons we are told the ‘war on terror’ is being fought is to protect us.

In the case of Binyam Mohamad, an Ethiopian granted refugee status in Britain in 1994, the opposite was true.

His case shows the Labour Government left him to be subjected to "cruel, inhuman and degrading treatment by the United States authorities".

He was arrested in Pakistan and accused of working with the Taliban, before being "rendered" to other countries including Morocco.

Here is what the ‘allies’ did to him while in custody;

Had his sexual organs sliced with a scalpel

And the British Labour Government was aware of it.

It also appears that the Labour Government after it knew he was being tortured did nothing to stop the US carrying out further torture against him.

How bad was his treatment?

His military lawyer, Lt-Col Yvonne Bradley spoke out against it.

He was subsequently released after 7 years in prison.

The charges filed against him, all dropped.

When he returned back to Britain to seek justice, Foreign Secretary, David Miliband refused numerous requests to release the details of how much the UK knew about Binyam’s treatment on the basis it would deter the US from sharing intelligence in the future.

Now more of the evidence is in the public domain which shows how complicit the Labour Government has been.

The Labour Party has lost the moral authority to govern in this country.

Shami Chakrabarti, director of Liberty, said a public inquiry was now "inescapable" but more than that, criminal prosecutions should follow for those involved.

"It has been clear for over a year that the Foreign Office has been more concerned with saving face than exposing torture. These embarrassing paragraphs reveal nothing of use to terrorists but they do show something of the UK government's complicity with the most shameful part of the war on terror. The Government has gone to extraordinary lengths to cover up kidnap and torture. A full public inquiry is now inescapable."

For the record, Binyam Mohammad has always protested his innocence.

This is another part of the legacy of war criminal Tony Blair.

He may have raked in the millions and play the ‘God act’ but the stench of death clings to him like a second skin.

George Laird
The Campaign for Human Rights at Glasgow University
Posted by G Laird at 5:46 PM