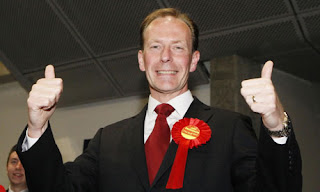 During the Inverclyde by-election for Westminster, the Labour Candidate played much on the fact that he was local, head of the council and as such worked in the area.

His name is Iain McKenzie and he was elected.

In interview after interview he adopted a preachy tone to other candidates over their views and policies like he knew and had his finger on the pulse of the area.

One of the leading local government officials within his council who has been sacked and several others given final warnings for their role in the collapse of a money-saving scheme!

This all happened under his leadership.

Inverclyde Council is like most councils; having to make cuts because their budgets are getting reduced.

And at the same time because it is a Labour Council there hasn’t been any vision or ideas from the ruling Labour Group which led to them farming out work to save money.

It is a scandal.

And in line with no ideas or vision, it took cash-strapped Inverclyde Council seven months to complete its probe into this mess; four suspended officers were paid out £200,000.

Paul Wallace, the authority’s £100,000-a-year-plus corporate director has been fired for his role in the fiasco.

The general rule of thumb is when you call in the “experts”, you do so to get something extra special.

The idea to save money was supposed to come from Inverclyde’s supposedly pioneering modernisation scheme called the future operating model (FOM).

It was supposed to deliver £1.9 million in savings by pooling resources with regard to office functions but when things went sideways when failings came to light.

As well as Wallace hitting the bricks, two other heads of service, John Arthur and Gordon McLoughlin are on final warnings.

The fourth member, Arun Menon, admitted culpability several weeks ago and has also been issued with a final warning.

These aren’t people on low wages on annual salaries of around £80,000 and the public is continually told in this country that if we want the best talent we have to pay top dollar.

Given Scotland is a corrupt country does anyone believe that anymore that we have ‘the best’?

The chief executive John Mundell’s role is another odd aspect to this case; he was the head of the FOM working group.

No charges or action brought against him.

“The chief executive has overall corporate responsibility and was the head of the FOM working group, so how on earth has he raised charges against four key officials without including himself? He was the guy pushing this through and the fact he didn’t convene meetings to keep continuous tabs on potential problems is a disgrace. People are extremely annoyed at how several close colleagues have been treated while the chief executive takes no responsibility.”

“I find it hard to believe the council’s leadership at the time did not know about this and it seems ridiculous that more money was being spent than saved. That said, I think we should be asking whether the FOM was terminated too early and that had it run longer it could have delivered the promised savings.”

So, where is Iain McKenzie who delivered an intemperate rant during his election speech?

He is gone to Westminster and dropped everything, not his problem anymore.

The people of Inverclyde made a choice during the Westminster by-election, I think they made the wrong choice but in future perhaps they will reconsider.

And at the next Westminster election, the SNP branch should select Innes Nelson to fight that seat.

And only Innes Nelson!

George Laird
The Campaign for Human Rights at Glasgow University
Posted by G Laird at 11:40 AM