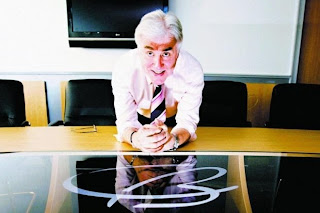 It seems that the Glasgow Labour Party scandal continues a pace.

Another Labour donor has benefiting from contracts, this time from Labour controlled City Building.

The news puts renewed pressure for the removal of Willie Docherty to stand down as head of City Building.

Docherty is married to a Glasgow Labour Councillor Sadie Docherty.

It seems that City Building (Glasgow) LLP has awarded a lucrative contract to AS Scaffolding Ltd.

AS Scaffolding is run by Andrew Smillie whose family and firm has donated money to the Labour Party.

This news must put pressure also back on Strathclyde Police and Audit Scotland to investigate Glasgow City Council and its ALEOs.

People need to know has Labour controlled Glasgow City Council been funnelling jobs and contracts to family, friends and associates of the Labour Party.

Why are there so many high profile people with Labour Party connections heading Glasgow quangos?

Haughey is a Labour Party donor who has benefited to the tune of £20 million in contracts.

“Every day brings more revelations about City Building. What is needed here is a root-and-branch investigation into these contracts, and changes at the top of City Building. It is time for the council to come clean about events over the last few years.”

I think people would very quickly understand what Labour controlled Glasgow City Councillor has been doing; they have been ensuring that jobs, hospitality, gifts and contracts have been funnelled to members of the Labour Party, their family and friends.

There should be a full scale independent inquiry to find out where have the people of Glasgow’s millions gone and to whom.
Willie Docherty’s position as head of City Building is untenable.

Set up by labour, run by Labour for the benefit of Labour.

George Laird
The Campaign for Human Rights at Glasgow University
Posted by G Laird at 9:18 PM

I will add this blog to my favorites, it is great.

I am delighted that I found this blog , precisely the right information that I was searching for! .

You were capable to strike the nail on the head plus spelled out the entire thing with out complication.

Your site is really good and the posts are just wonderful. Thank you and keep doing your great work.

Outstanding read, I just passed this onto a colleague who was doing a little investigation on that.

Thanks a lot for the post.Really looking forward to read more. Want more.


Excellent post. I learned a lot reading it. Thanks.


Hey. Very cool website!! Guy .. Excellent .. Wonderfu bookmark your site and take the feeds am glad to locate numerous useful information here in the post.
I have read a few of the articles on your website now, and I really like your style of blogging.


Love the updates, keep them coming.


Thanks for sharing superb informations. Your website is very cool:0)))


Maybe you could write next articles referring to this article.


You should keep it up forever! Good Luck.


Excellent post. I learned a lot reading it. Thanks.