Fighting without Ammunition; Scottish Labour Leader Richard Leonard loses his chief spindoctor after he quits having done less than six months, he said the job is “not for me”, his departure is a wake up call and an opportunity to reset Labour in Scotland, whoever gets to be the next Head of Communications needs to be able to have direct and meaningful input into what the CLPs are doing in their areas 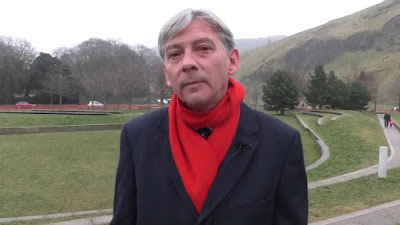 In politics, people come and go from parties for a variety of reasons, in the election to decide who was going to be the next Scottish Labour leader; I cast my vote for Richard Leonard. The alternative candidate was Anas Sarwar who politically was on the other side of the fence from Jeremy Corbyn, so after Kezia Dugdale’s stance on Corbyn, it made sense to vote Leonard. You can’t have unity in leadership when on one side of the border sits someone who isn’t behind the party leader.

This week saw the chaos in Scottish Labour went it got out that Scottish MSPs were infighting over the Kezia Dugdale funding issue. Several mistakes led up to this fight, Kezia Dugdale putting her foot in it by what she wrote, Labour in London agreeing to fund the defamation case, then withdrawing, and the Labour Gen Sec appearing to act against anti Corbyn supporter Dugdale looking like the decision was partisan.

In the middle of all this; Scottish Labour leader Richard Leonard looking like a man with no authority, this raised the spectre of the recurring comment that Scottish Labour is a mere ‘branch office’ to give the illusion of having a separate identity to the Scottish public.

The truth is there is no Scottish Labour Party registered with the electoral Commission. It is a marketing gimmick, of course, due to devolution; the Labour Party in is allowed to make decisions about matters relating to devolved services; in with the Welsh Assembly the same is true.

If you read the blog as a regular, you will be hard pressed to find a good Labour story on it, the reason for this is simple, in order to ‘spin’ a good story, you need good stories. At the present moment, all you seen in the public domain is ‘bad’ stories, and for the most part a lack of activism on the ground.

On the 24th September, Kevin Schofield did a tweet on this story;

This related to Scottish Labour leader Richard Leonard condemning one of the party's most senior figures over an "anti-Catholic" remark he made to a female member. The man who did it was Andy Kerr; his son is the candidate for Glasgow South West. I replied to Kevin Schofield’s tweet by writing:

This response provoked a reply by an ally of Matt Kerr called John Beattie, who wrote:

“You’re very wrong there, George. We’ve done several food collections for the food bank, stalls, a fundraiser and leafleting since last June. If you actually attended CLP meetings you’d have known that”.

To address his points, the first 16 weeks of membership with Labour, I was banned from attending meetings; later on due to a medical issue I had problems, so my first meeting was in July. The next meeting in August was cancelled I was told due to a ‘holiday’, in October when the voting and hustings to decide the candidate, I wasn’t sent information about the hustings and denied a vote in the election. I think this answers the point on attendance.

To address the point on activism:

My point was on canvassing, nowhere does the Kerr ally address this, in fact if you know anything about activism, you will notice that Pollok CLP is reduced to standing about doing organised begging in the street, a tactic used the SNP MP in run ups to elections. As to ‘several food collections’, this is an activity which is publicised to the wider CLP to volunteer for in a timeous manner. On the issue of ‘leafleting’, having contacted an elected branch member, they confirmed what we had previously discussed before, nothing was getting done.

Oh for the sake of clarity, there was something done delivering the ‘Labour newspaper’. If you check twitter and scroll through their Pollok CLP timeline, you will be utterly unimpressed by their work rate.

It is pretty hard to write a good Labour story, you can’t find one at the top of the party, and as you have read above, nearly impossible to find one at the bottom. I am hardly surprised that Richard Leonard’s chief spindoctor has quit after less than six months in the job. Charlie Mann; said he realised working for Scottish Labour was “not for me”. Imagine going into work, and end up fire fighting and saying, ‘we don’t comment on leaks’. Mann probably didn't understand what he had signed up for, but probably thought it would be good for his career, especially if the Labour Party took Holyrood.

“Having joined the Scottish Labour Party as Head of Communications, after a career spent working in public relations and broadcasting, I have decided the role is not for me. I will be looking to return to my previous role and would like to thank the Labour Party for having given me the opportunity.”

What this loss signifies is that the Labour Party in Scotland needs reorganised from top to bottom, however, the people who are in control of the machine are sailing along quite happy to ignore of what is going on around them. Mann’s appointment as chief of communications in April was a key decision for Richard Leonard but he failed to realise that having given the job, he need to get Labour organise in such a way say to serve up opportunities that Mann could use as Head of Communications. Although Mann jumping ship will reflect badly on the Labour leader’s judgment, he should also reflect on the wider picture because the public can’t see it.

One thing that Mann can’t do is put a positive spin on the Kezia Dugdale saga, it was a mess from start to finish, Kezia’s classic statement:

'How can people trust Labour?'

Can you spin that in front of a press corp positively?

Finally, the Labour Party in is so badly organised that they have to rely on people turning away from the SNP for votes rather getting their act together and doing the hard graft on doorsteps. I think it is time for a review of staffing. Whoever gets to be the next Head of Communications also needs to be able to have direct and meaningful input into what the CLPs are doing in their areas; this requires re-organisation.

George Laird
The Campaign for Human Rights at
Posted by G Laird at 3:00 PM

I'm not all that impressed with Labour at the moment. I recently emailed them as an interested voter, but they never bothered to respond. Corbyn may pretty things up with his slogan to everyone of 'For The Many, Not The Few' but if they're not even willing to talk to their voters, why should we believe their sincerity?

Excellent site you have here but I was curious about if you knew of any forums
that cover the same topics discussed in this article?

I'd really like to be a part of group where I can get feed-back from other knowledgeable
people that share the same interest. If you have any
recommendations, please let me know. Bless you!

I'm starting to like Richard. Now he should apologise to the Scottish people for lie@bours betrayal. Then I might just vote Labour again.

Leonard got rid of two toxics. Now he needs to promote James Kelly to top job in Scotland's Labour then sack himself. The only chance to get a real Labour man back in charge after a shower of middle class snobs.