Scottish Labour Party told it needs a leader to beat the SNP, Labour’s last four years in Holyrood was an absolute disgrace 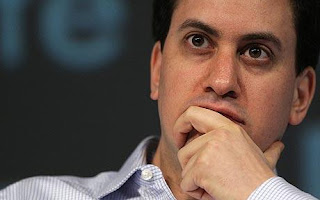 The ‘Scottish’ Labour Party is run by Ed Miliband.

And the word Scottish is continually used to try and create a narrative that doesn’t exist in reality that there is a Scottish Labour Party.

The Scottish Holyrood election exposed a huge problem for Labour; their Scottish leaders are very poor.

Iain Gray wasn’t up to the task of taking on Alex Salmond.

Behind him sat a collection of malcontents.

Four years in the parliament and they had absolutely nothing to show the voters of what they stood for.

That left them in the final run up to the election copying the policies of the SNP.

They were seen for what they are incompetents.

So, they are currently plotting their return and they see as part of that a number of options such as developing its own funding stream and appoint a dedicated leader for the whole party in Scotland.

A root-and-branch review of the party’s structure is ongoing, with the leadership keen to emphasise that they are open to all suggestions.

Which shows the scale of the Labour problem; talent is thin on the ground!

The Labour Party is facing pressure to bolster its ‘Scottish’ brand so it can take on the SNP.

How do you beat competent Government is their problem?

Some MPs have already indicated that they support a federalist model, like that of the Scottish Liberal Democrats but that won’t work, the Lib Dems have collapsed.

People don’t look at detail; Scottish Lib Dems were punished as one unit by the public.

Then there is the call for a dedicated Scottish leader of the Labour Party, replacing the paper position Iain Gray holds as leader of the party’s MSPs.

Although nothing has been decided yet, this position Labour say would not necessarily have to be filled by an MSP, which is a mistake.

Would a Labour MP take orders from a Holyrood MSP on voting at Westminster?

No, they would not!

You can’t have two masters, so it’s nonsense and that’s Labour’s problem.

Expect there to be fierce opposition to this plan from some within the Holyrood Group and some of the party’s MPs.

It is when all said and done a marketing problem.

Labour’s brand is contaminated but less than others.

Solidarity needs a complete make over, Lib Dems is in the same state and Tories have lived for years damaged beyond belief because of their poor attitude. SSP are out in the wilderness also.

The SNP prioritise Holyrood which has worked for them, they see this Parliament as a key to independence.

Deliver good government and create a narrative that Scotland has the ability to be independent and successful.

But the SNP still have problems to face which Inverclyde flagged up.

Labour’s problem is that they don’t connect with the people anymore; they are a party of the rich.

Not interested in the working class, people voted SNP to take care of their immediate problems.

This idea of promoting ‘Scottishness’ will not work unless, the Labour Party get rid of dross and get in real talent with new ideas.

And stop treating people with contempt.

George Laird
The Campaign for Human Rights at Glasgow University
Posted by G Laird at 5:01 PM

'Labour’s problem is that they don’t connect with the people anymore; they are a party of the rich.

Why does Brian souter and others of his ilk...

Deign to bankroll the snp hardly to help the Scottish working class is it.

The fact is the snp as the protector of the less fortunate is tenuous at best and delusional at worst.

If Scotland were to become Independent under snp hegemony the cost of all the frills would have to taken from the Scottish peoples.

the snp would soon fragment into left and right with the right leaving to rejoin the Conservatives in Scotland.

Leading to the rule by the Conservatives bankrolled by souter and pals and the snp(whats left) and Labour being at the Political margins.