GCC road workers caught in clocking-off scam and using council vehicles for personal use, a symptom of failure of Glasgow Labour’s leadership 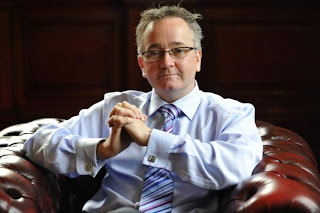 You would think that given the state of the economy and that fact unemployment is high that those in a job getting a regular wage and the security that brings would be grateful.

At the Glasgow Labour Council of shame apparently they are not!

A group of council roads workers have been caught on CCTV running a clocking-off scam which involves ripping off taxpayers.

The unsophisticated fiddle involved a ‘nominated’ staff member clocking colleagues on and off with a bundle of time cards.

As well as that others were caught on cctv taking council vehicles home from their depot for personal use.

Which begs the question, why was this allowed and why the failure of management?

We wouldn’t be any the wiser but for a probe launched in June after a whistleblower tipped off Glasgow City Council chiefs about the roads department scam.

15 workers have been given three-day suspensions and final warnings after CCTV footage was compared with clocking-off times.

They all should have been sacked.

One individual who already had a poor disciplinary record has sacked.

Following a four-week probe workers at the Gartcraig depot in Glasgow's east end were implicated.

The investigation has resulted in a manager who was accused of turning a blind eye being moved to a different role.

He should have been sacked as well.

Unsurprisingly the Unions are unhappy with the process which led to the suspensions and the sacking.

"Most of the guys involved seem decent sorts and would have seen this as nothing more than an innocent scheme they had going with managers to get home early."

This is the problem at Glasgow City Council; it has been run as a fiefdom, run for the benefit of the Labour Party, their Councillors, family, friends, Labour donors and Associates

"Following an investigation, action has been taken against 16 staff. It would be inappropriate to comment further on individual disciplinary matters."

It all adds up to an attitude problem which has been allowed to develop because the Council is dysfunctional.

It starts at the top with the Labour Councillors of shame, through the senior officers and then heads downwards to the shop floor.

Labour Councillors are supposed to be in charge but the reality is that the senior officers are the power at Glasgow City Council.

That must change if public sector reform is to be carried out at the Council.

If the SNP win the Council in 2012, a new regime must be brought to tighten things up.

The Glasgow Labour Group head up by Gordon ‘free dinners’ Matheson doesn’t have the will needed to turn things around at the Council.

It is business as usual lurching from one scandal to another.

And the service the public gets reflects that.

George Laird
The Campaign for Human Rights at Glasgow University
Posted by G Laird at 4:25 PM