Exodus from the News of the World grows as blue chip firms cancel advertising, readers boycott of paper is on the cards, Rebekah Brooks must resign 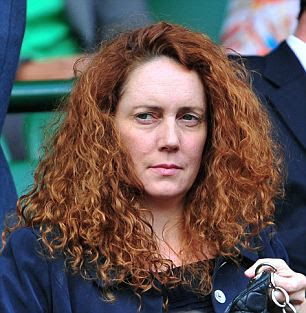 Without a shadow of a doubt the News of the World is experiencing a ‘Ratners’ moment where the entire brand has become so toxic that it is imploding.

The phone hacking row is such a moment, despite trying to ride out the storm, the commercial backlash against News of the World continues apace.

Boots, Asda, O2, Sainsbury's and npower now join the list of companies to pull its advertising from the paper.

The Royal British Legion also decided today to drop the paper as its campaigning partner after allegations that the paper hacked the phones of bereaved military families.

Commons leader Sir George Young told MPs the Government would be urgently reviewing its advertising contracts with the paper.

MPs including Labour’s Chris Bryant are calling for Rebekah Brooks to resign.

'If you discovered that one of the businesses you did daily trade with had done something as despicable as this, I would hope that you would want to take your business away.'

There is a twitter campaign which is growing massive against the paper, and it is an ever-growing grassroots campaign on the internet which has persuaded blue chip advertisers to turn away in droves from the beleaguered News of the World.

The Milly Dowler story is the effective end of Rebekah Brooks.

Although News International is trying to ride out the storm by saying she was out of the country when the News of the World ran a story referring to Milly Dowler's voicemail, it is seen as an attempt to shift blame to her.

And place it on her deputy and later David Cameron's spin doctor, Andy Coulson.

Coulson has his own problems with the Tommy Sheridan case.

Shares in News Corp, the parent company of News International which in turn owns the News of the World, fell 4.7 per cent overnight.

The supermarket giant Tesco has stopped short of suspending its advertising in the newspaper saying the "focus must therefore be on the police investigation and on the public inquiries being considered urgently by the Government."

Pressure will now be brought to bear on them by the various internet pressure groups, the withdrawal must be total.

So, far those who have pulled out or thinking or leaving are:

The next thing which is going to happen is a readers’ boycott.

This case perfectly highlights what I have said on this blog, Britain is a corrupt country. The people involve stretch all the way to the very top of British Society; Rebekah Brooks is more than friendly with David Cameron.

Then there is the Police corruption aspect where information on individuals and events is bought and thousands paid in secret drops.

By at its heart, this is a very human story about a little murdered girl called Milly Dowler whose phone was hacked and messages deleted which gave her parents false hope that she was still alive.

George Laird
The Campaign for Human Rights at Glasgow University
Posted by G Laird at 4:26 PM