Scottish Labour Party; former Scottish Labour Minister Margaret Curran says the party has lost its relevance, Scottish Labour came fifth the European Election, lost both MEPs and got to less than 10 per cent of the vote, a Labour spokesperson says ‘Richard Leonard is ensuring that our organisation and operations are fully battle-ready’, so why hasn’t he ended ‘positive’ discrimination and identity politics in the party and introduced meritocracy 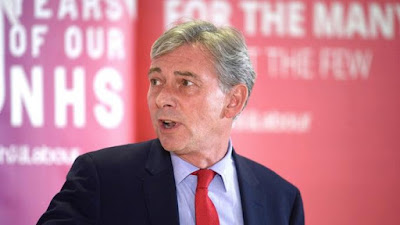 Whether you are at the top or at the bottom of the Scottish Labour Party, you do know something, something is wrong, you might not be able to put a finger on it but its there. If you think back to the old days, the Scottish Labour Party was strong, strong at every level within Scottish politics. These days that is just a memory having lost their way; the polls and election results show that reform is needed. So, what brought the Labour Party in down, you could argue that lack of leadership by several leaders is to blame.

But where did the rot start?

It started decades ago, and like a ship going off course, the ‘crew’ never noticed hence when it hit the rocks, the damage was rather expensive. Between the years 2007 and 2011, the Labour Party was effectively killed off as a force at Holyrood. They lost the election, and sulked for four years, the lack of action, the lack of direction then brought about the SNP getting a majority. This is history, from 2011 to 2016, the Scottish Labour Party effectively failed to win back the working class vote, this led to the SNP wiping them out by getting 56 MPs. What was elected by the SNP was major dross in some cases but the fact people want to vote in dross showed how much the public had abandoned the party.

There was countless opportunities to fix the problem, but those in charge weren’t listening, and if you recalled Jim Murphy’s 2015 election campaign, I blogged for a full three months prior to election date that their campaign was awful. Who in their right minds starts an election campaign about getting a drink at a football game? This was the party leadership offering ‘crumbs’ to the people for their votes. One classic announcement was by Jim Murphy that he and Kezia Dugdale ‘fixed’ the party. Does Scottish Labour look fixed to from the tenure of Murphy to present day with Richard Leonard?

Here is a question; do you know what the issues that the Scottish Labour Party is campaigning on?

I am not talking generalisation of fighting poverty, social justice etc, I am talking about specifics; how they show that they are a government in waiting. Do you know of any Labour Party private members bills off the top of your head? How many private members bills a year has the Labour Party produced since 2007? I would like to think that the Scottish Labour MSP Group members would put forward as a minimum circa 6 a year regardless whether they got through.

It seems that a former Scottish Labour minister Margaret Curran has also spoken about the problems in Scottish Labour and her take on it is her admitting that the party is 'small and irrelevant'. Not exactly the type of thing that party bosses in want to listen too, but really someone should be listening, and also others speaking out. What is clear is that Scottish Labour is not in a fit state to campaign, this was raised in a Pollok CLP meeting 2016, when Cllr Alistair Watson said ‘the party had forgotten how to campaign’.

During the Blair ear, the Labour Party machine seemed unstoppable, it was slick, polished; professional and the party activist base was keen.

Party activists had a sense of purpose, contrast that with today were the party struggles to get CLPs activists working on a regular basis. The internal ‘civil war’ in the Labour Party is also a factor which doesn’t attract people into wanting to come out, especially if you have to answer questions about what is happening with anti Semitism complaints.

Margaret Curran has the party has lost its relevance and needs to “come to terms” with the fact that it is no longer a power in the land. The Scottish Labour came fifth in May’s European Election, lost both MEPs and vote share fell to less than 10 per cent of the vote. The Brexit Party with no real organisation, membership base and support managed to poll double that figure with a respectable 18%. If the Brexit party had got 28%, they would have sent two Scottish MEPs to .

“We are not terribly relevant. We are not saying relevant things at the moment.”

The last part of what she said is true; sure you do get Scottish Labour attacking the SNP on the failure of the new children’s hospital in . The nub is that complaining isn’t positive and complaining isn’t policy. The lack of policy is a real problem for the Scottish Labour Party. At an informal meeting; I asked, ‘what is the next Nye Bevan style policy that the Labour Party would seek to deliver to benefit ordinary working class people’. No one had an answer and when you are sitting in a group which includes MSPs and Cllrs, you would think someone of that grade would say something.

In a sense at this moment in time; Margaret is right to say:

“I think we have to accept we are not that powerful party anymore. We have no right to it. We have to earn that right again.”

This is a realisation that now the Labour Party has to fight for every vote, in the past, what happened was elected representatives choose to be lazy and take voters for granted. The=is caused the voter base to ebb away which led to the current state of affairs. Labour was once woven into ’s social fabric at many levels which is a point well made by Margaret, now it seems to be less so.

“I remember the Labour clubs, the churches had a big connection, both the Church of Scotland and Catholic church, had a lot of Labour people within them. There was quite a lot of overlap. “That’s all gone. That has all completely gone. That’s just reality. You need to readjust.”

Isn’t it funny that Margaret Curran and me can see that the Scottish Labour Party has failed to reform itself since 2007 but those who lead it can’t. What is it that they cannot see from within and hear from others on the outside? The fact is when you elect leaders who only look to their own group, you don’t get improvement. Unless you break into the political bubble, your views really don’t count.

“Richard Leonard is ensuring that our organisation and operations are fully battle-ready. This will give us the best possible chance to win again in , not for our own sake but for the sake of all those people in all of those communities who need a Scottish Labour government.”

Was it fully battle-ready for the EU elections?

Finally when a party engages in ‘identity politics’, and uses the rules to bring in ‘positive’ discrimination; the knock on effect is decline. The Scottish Labour Party needs to stop engaging in identity politics, end ‘positive’ discrimination which is just discrimination given approval by the leadership. It has to return to its roots because that is what made the party relevant. Scottish Labour did badly in , Holyrood and EU elections in , and there is no sign given the current polling that will change in upcoming elections unless there is change.

George Laird
The Campaign for Human Rights at
Posted by G Laird at 1:27 PM

The rot started with Jack McConnell and his crew. Rotton to the core. Too late now.

Agree with you on ending positive discrimination, identity politics, etc. However, a note of caution on promoting ‘meritocracy’—it comes with problems of its own. Indeed, the man who coined the term—Michael Young (author of Labour’s 1945 manifesto) in his 1958 dystopia The Rise of the Meritocracy—actually used it in a negative sense:
‘The book was a satire meant to be a warning … against what might happen to Britain between 1958 and the imagined final revolt against the meritocracy in 2033.
…
It is good sense to appoint individual people to jobs on their merit. It is the opposite when those who are judged to have merit of a particular kind harden into a new social class without room in it for others.
…
It is hard indeed in a society that makes so much of merit to be judged as having none. No underclass has ever been left as morally naked as that.
They have been deprived by educational selection of many of those who would have been their natural leaders, the able spokesmen and spokeswomen from the working class who continued to identify with the class from which they came.
…
With the coming of the meritocracy, the now leaderless masses were partially disfranchised; as time has gone by, more and more of them have been disengaged, and disaffected to the extent of not even bothering to vote. They no longer have their own people to represent them.
…
If meritocrats believe, as more and more of them are encouraged to, that their advancement comes from their own merits, they can feel they deserve whatever they can get.
They can be insufferably smug, much more so than the people who knew they had achieved advancement not on their own merit but because they were, as somebody’s son or daughter, the beneficiaries of nepotism. The newcomers can actually believe they have morality on their side.
So assured have the elite become that there is almost no block on the rewards they arrogate to themselves. The old restraints of the business world have been lifted and, as the book also predicted, all manner of new ways for people to feather their own nests have been invented and exploited.’
(Young, Michael. ‘Down with meritocracy.’ Guardian, 29 Jun 2001.)

Independently of the influence of Young, Patrick Deneen (whom I’ve recommended before) made similar points in his Why Liberalism Failed, quoting Tyler Cowen (Average is Over, 2013):
‘This framing of income inequality in meritocratic terms will prove self-reinforcing. Worthy individuals will in fact rise from poverty on a regular basis, and that will make it easier to ignore those who are left behind.’
(Deneen, Patrick J. Why Liberalism Failed. Yale University Press, 2018. 141.)
Earlier Deneen described how:
‘The economy favors a new “meritocracy” that perpetuates its advantages through generational succession, shored up by an educational system that relentlessly sifts winners from losers.’
(Ibid. 3.)
‘Students are taught by most of their humanities and social science professors that the only remaining political matter at hand is to equalize respect and dignity accorded to all people, even as those institutions are mills for sifting the economically viable from those who will be mocked for their backward views on trade, immigration, nationhood and religious beliefs.’
(Ibid. 12.)
And chapter six is titled ‘The New Aristocracy’ and describes what he terms this new ‘liberalocracy’.

Labour are finished. They have no substance, sure Richard Leonard bobs about shouting at FMQ’s but falls short every time, he’s useless. If you watch the MSP’s behind him they are more often than not rolling their eyes at his questions. I’m yet to see him land a blow, hence they remain irrelevant. At this rate the LibDems will take their spot as the 3rd party. We are a long-standing labour supporting family but we’ve all given up voting for them a long time ago. They will never make a comeback here in Scotland. I truly am politically homeless. Eenie meenie miney mo at the next election George.

I voted SNP until the indy ref. The Yes campaign could not answer basic economic questions. I can't vote Labour unless it is for tactical reasons. We need and effective opposition to the SNP, and Labour simply cannot deliver.