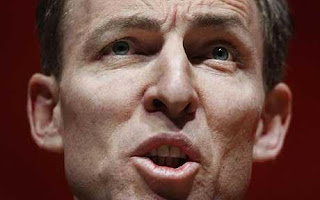 Murphy has issued a statement to the press warning critics to "stop knocking" the whole city of Glasgow, after the resignation of its disgraced council leader, Steven ‘bin laden’ Purcell.

The ‘critics’ are calling for an independent inquiry into Labour controlled Glasgow City Council and its NGOs in regard to the awarding of contracts and jobs to Labour Party members.

In trying to distance the Labour Council of shame from Purcell, Murphy has said that the Labour Party was "more than one individual".

And it is those other individuals that people want investigated.

For example why do numerous quangos have at their head, the family members of senior Labour Party officials?

Murphy then went on to link the Glasgow Labour Party with Glasgow by saying;

And those questions aren’t going away until answers are provided.

Who got the millions of pounds of Glasgow taxpayers’ money?

It seems that Murphy doesn’t want people asking questions so is attempting to smear them by saying they are attacking the city.

That won’t wash and Glaswegian people aren’t that stupid Murphy despite what you think!

Simple mistake for a simple creature

Neep heid Murphy - eloquently put by a man of such limited vocabulary WTF? We r watching u bump yer gums bur as usual you are lying Sec for Disgrace for Scozia - he has more in common with HOON!

Good day! Would you mind if I share your blog
with my myspace group? There's a lot of people that I think would really
enjoy your content. Please let me know. Many thanks